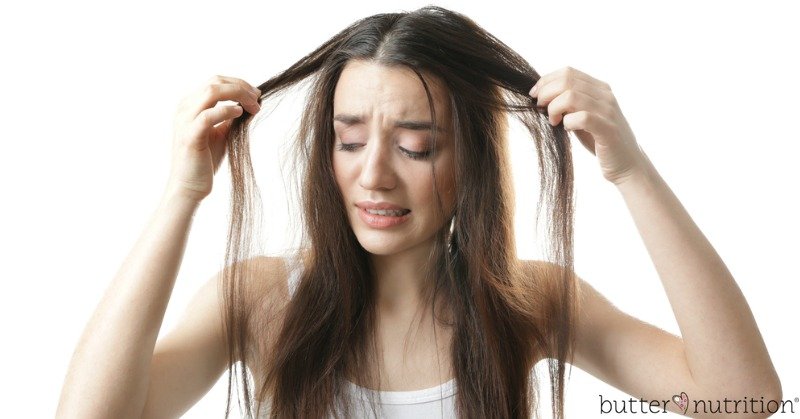 Vitamin A toxicity (also called Hypervitaminosis A) might be one of the reasons eating “too healthily” might actually make you sick.

Do any of these signs of vitamin A toxicity sound familiar to you?

What is Vitamin A?

Vitamin A is known for its role in a healthy immune system, eye health, reproduction, hormone production, as well as growth and development. Some amount of vitamin A is found in almost all foods, but the most abundant sources are usually easy to identify by their bright colors (usually red, orange and green from vitamin A carotenoids). “Eating the rainbow” has been said to be an easy way to get not only optimal nutrition, but to make sure you get an abundance of vitamin A in your diet. Vitamin A is found in plant foods in the form of proform A carotenoids and also found in animal products (preform version). The plant version of vitamin A carotenoids requires conversion in your body to become useable vitamin A, a process that’s efficiency has a genetic component, whereas animal sources do not require conversion for use.

How Vitamin A Toxicity Can Occur

It’s not unlikely for a client to say to me, “I eat healthier than everyone I know, but I’m also the sickest.” I’m now suspicious that vitamin A toxicity or excess may be a part of the problem. Here’s why:

Vitamin A has been long touted as a nutritional superstar, although it’s found in almost all foods but most abundantly in a whole foods diet. By policy, it was added to low-fat milk products in 1970’s. It’s also found in multivitamins, supplements (cod liver oil is a big one here), skin creams (especially anti-aging creams), sunscreen, pharmaceutical drugs (like Accutane), and increases in the body if you’re on the birth control pill. Depending on your health history of the above, vitamin A toxicity or excess may impact you, perhaps at much lower dosage levels than reported in scientific literature.

Vitamin A in Common Health Foods

I know what some of you are thinking, “but vitamin A is important for hormonal balance, thyroid health, and fertility.” But let me show you how easy it can be to get too much, especially considering once “seasonal foods” are often now available year-round. Here’s an example of some commonly eaten “health foods” that are high in vitamin A:

Do you see how one could easily get the daily value of vitamin A through eggs, a few tablespoons of butter, and a carrot or two? Then layer on a multivitamin and possibly other supplementation containing vitamin A that doubles or triples what they are already getting from food? Then they also might have a history of using the birth control pill (which increases vitamin A), use of vitamin A containing prescription drugs, sunscreens with added vitamin A and beauty creams that puts their intake way over the top.

If you’re following along with me here, you can see the probability for someone aggressively seeking “health” to accidentally overdose on vitamin A is actually quite likely if supplements are involved. It quickly becomes a game of getting too much (not too little). Hypervitaminosis A, or vitamin A toxicity is well documented in the literature, but science claims this only happens through long-term use of dosages significantly beyond the Tolerable Upper Intake Level of 10,000 IU of vitamin per day for adults. Common examples given for documented toxicity are usually well over 40,000 IU of vitamin A per day.

According to a 2006 study:
“The acute and chronic effects of vitamin A toxicity are well documented in the literature. Emerging evidence suggests that subtoxicity without clinical signs of toxicity may be a growing concern, because intake from preformed sources of vitamin A often exceeds the recommended dietary allowances (RDA) for adults, especially in developed countries. Osteoporosis and hip fracture are associated with preformed vitamin A intakes that are only twice the current RDA.”

Theory – Vitamin A : A toxin not a Vitamin?

There is a very interesting theory circling the internet that vitamin A and it’s precursor, carotenoids, may not be a vitamin after all, but instead a toxin that is harmless at low levels but has a tipping point when it’s storage in the liver is exhausted.The theory originates from Grant Genereux, who contends that vitamin A toxicity happens at far, far lower levels than documented in the literature and is a cause of body-wide poisoning and perhaps the real cause of autoimmune disease. You see, 90% of vitamin A is stored in your liver, and released into the bloodstream on a as-needed basis. But what happens when your liver’s storage capacity is full? The theory assumes that when the liver is already overwhelmed by vitamin A, it accumulates in tissues and fat storage leading to systematic inflammation, most specifically noted in changes to the skin, bones, and vision.

According to Genereux, “If your average daily intake is more than your body’s daily usage, then it’s more or less inevitable. If you indulge just a little bit too much on milk, dairy, eggs, certain fish, etc. or any of the vitamin A precursors, then this will happen much sooner. If you supplement with cod liver oil, or a vitamin A supplement, or any vitamin A derivative; it will be much sooner. It could be in your twenties or teens or even at birth! It also depends very significantly on what fats you consume that vitamin A with.”

Genereux also comments that “It simply boils down to the fact that we are all being very slowly potentially poisoned. If you’ve been living in North America for fifteen or more years, this definitely includes you. ”

The verdict is still out on this theory, and the prevalence of vitamin A toxicity and subtoxicity is widely unknown. However, it’s never a bad idea to check in on your own intake.

How to reverse vitamin A toxicity

If you suspect you’ve taken too much vitamin A through supplementation, there are a few things you can do right away. First, take a look at all your multivitamins, supplements, lotions, prescription drug history, and beauty products to access your intake. If there is excess, especially in supplemental form, consider eliminating it. Then take stock of your diet. If necessary, consider decreasing your intake of high vitamin A food for a period of time, like liver, to give your body a vitamin A detox of sorts.

A vitamin A detox diet might be temporarily helpful to bring storage levels of vitamin A down (read more about the diet specifics here). In the simplest form, such a diet would consist of animal proteins with the exception salmon and shrimp (beef, chicken, turkey, and white fish are typically okay as they are low in vitamin A), along with organic grains, as well as white fruits and vegetables (think white rice, white potatoes, cauliflower, parsnips, peeled apples, bananas, pears, raisins, dried cranberries, pineapple, etc). Depending on the severity of the toxicity more drastic dietary measures or interventions might be necessary. As far as I’m aware, there is no quick, easy and accurate testing for vitamin A toxicity. Experimenting with your diet perhaps the most convenient and most insightful.

Do you have a history of vitamin A toxicity? Please share in the comments! 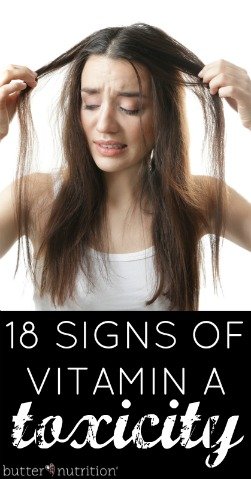 You May Also Enjoy...

As a nutritional therapist, my passion is education. My goal is to help guide you to improve your nutrition through strategic eating (not dieting) and without expensive supplements! Because when you know better, you can feel better! Read More… 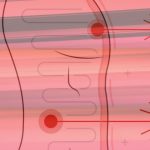 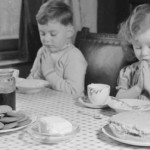 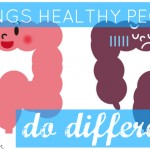